This is my submission to the Mini Jam 62, with the theme Colors.

Escape an invisible maze by painting the walls in the colors of the ghosts hunting you. Hint: follow the music!

Speaking of music, the music for this game was made by the talented Separate_Shelter!

Have fun, and let me know what you think!

a little isuue is that you can go outside of the maze at all sides. You sould make a wall surrounding the whole maze and just letting a hole for the exit

Thanks for the feedback, I changed this is changed in the latest version!

A very nice concept with a lot of potential and fitting soundtrack as well. After getting used to it, I had fun playing it.

A tutorial level/video would've been nice as initially, you don't really know what to do. Also, I think having a life bar or hearts would've been better to maintain the flow of the game.

Also, since the ghosts can move through walls but you can't shoot through walls, it sometimes feels a bit frustrating to shoot, especially in the beginning. It would be nice if you find a way to reduce this somehow(maybe a particle effect on the wall?).

Thank you for the suggestions, I'll try and add them to the next release 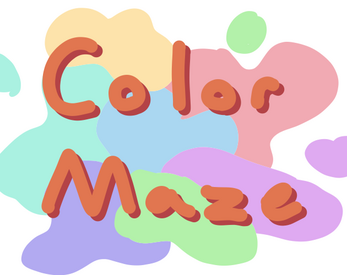